Find this article at:
go.ncsu.edu/readext?889425
— Written By Kimberly Armstrong (2 months ago) 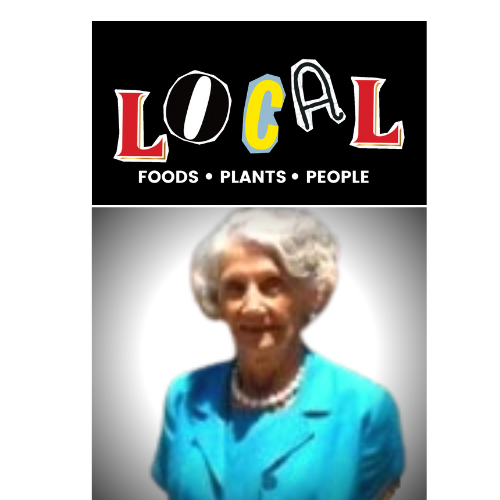 The year was 1947 and Lib Simpson made a bold move. Twenty years old and single, she packed up her belongings, and with the town of Snow Hill, NC, in her rearview mirror, she set forth on an adventurous journey that would determine the course of her life.

After traveling many miles through the countryside, past gently rolling landscapes dotted with farms and houses and grazing cattle, she boarded a ferry which carried her across the broad expanse of the Alligator River. A few more miles and she found herself on another ferry, shoving off from the shoreline of Manns Harbor. Whisked across the Croatan Sound, she reached her destination: Manteo, on Roanoke Island. Lib had come to begin her job as a Home Demonstration Agent with the North Carolina State College Extension Service.

She must have felt a little like a pioneer arriving on that remote outpost. “I’d never been to the Outer Banks, and I didn’t have family or friends in Manteo,” she says. “But I was a newcomer, so everyone was curious about me. It didn’t take long to make acquaintances.”

In fact, it was that friendliness that she would come to treasure most about her adopted hometown in those early days. “Everyone knew everyone,” she says. “It was like one great big family.”

She rented an apartment in a house downtown, across the street from Mt. Olivet United Methodist Church. It was a short walk to her office, just around the block on the second floor of the Dare County courthouse, where she shared space with the Extension agriculture agent.

Home Demonstration Agents, a precursor to what is now known as a Family and Consumer Sciences Agent, were considered experts on various topics and were meant to teach and help improve the lives of women living in rural areas. Topics included domestic skills, issues relating to family life, home economics, and information about new appliances and improved methods  – basically, the art of taking care of a household. The purpose then, as it is now, was to share research-based information from North Carolina State College (later to become NC State University) to directly benefit North Carolinians.

With a degree in home economics from Elon College and a bit of time spent as a Home Demonstration Agent in Snow Hill, Lib was eager to meet with the local women and share her knowledge. “We met mostly in people’s homes,” she says. “We discussed entertaining, home improvement, gardening, home decorating, sewing, and meal planning.” A Jell-O mold, anyone? Food rationing was still in effect, limiting the amount of meat available, so Lib provided tips such as adding rolled oats, beans, or rice to hamburger as a sort of “meat extender” when preparing a meatloaf. She would prepare a dish or two in advance to illustrate her lesson and to later be enjoyed by the ladies gathered.

Lib’s programs were not limited to Manteo. She held monthly meetings in Kitty Hawk, Colington, Mashoes, East Lake, Manns Harbor, and even Hatteras.

A trip to Hatteras was an expedition that required a fair amount of logistical planning. “On my first trip there,” Lib recalls, “I was to hitch a ride on the mail truck.” However, when she arrived to board the truck, she found that the driver had other passengers; therefore, she was relegated to the back, where she nestled in snugly with the mail bags. Just past Jennette’s Pier, the hard surface road ended, becoming little more than a sandy trail. It was at this point in the journey when the situation took a turn for the worse. Suddenly, there was an onslaught of yellow flies. “I had to wrap myself up in mail bags to keep them away,” she says. Undaunted by the memory of those pesky, biting insects, she laughs and says, “It was exciting!”

On other forays to Hatteras, Lib joined the Extension agriculture agent as he manned a rugged 4-wheel drive vehicle. Bouncing along the makeshift sandy “ocean highway”, they finally reached Oregon Inlet and the dock, where they boarded the ferry to Hatteras. Upon their arrival, they congregated with the intrepid island residents at their community building, presented their programs, and enjoyed a time of fellowship. As those trips were long and rather arduous, the agents would stay on the island for two days.

Lib was also responsible for meeting with the county 4-H groups. She would visit with them in the schools, instructing them on topics such as etiquette (table manners and setting the table), sewing, and good citizenship, and would organize outdoor activities. Back then, the 4-Hers camped in the vicinity of the current Roanoke Island airport, where during World War II a Naval Auxiliary Air Station had been established. Lib remembers the barracks there being utilized for lodging by the 4-H group. Much fun and instruction were enjoyed by the youngsters, including swimming in the sound in the area now referred to as the Ol’ Swimming Hole.

It wasn’t long before Lib met her future husband, Keith Fearing, the first pharmacist on Roanoke Island. She left her job with the Extension service, got married, built a house, and started a family. When her youngest child entered high school, Lib began work at the school library as an aid. She then enrolled at East Carolina University, eventually earning a degree in library science, and later became the librarian for Manteo elementary and high schools.

Along the way, returning to her roots, she taught a semester of Home Economics at the high school. “It was a boy’s class,” she says. “Among other things, I taught them how to use a washing machine and how to sew on a button.” She smiles and says, “I received a letter from a former student who had joined the service, thanking me for teaching him how to sew a button.” Never underestimate the practical skill of sewing on a button!

These days, at 95-years-old, Lib is still a vibrant part of the community where she settled so many years ago and has enjoyed a good life. In fact, she says, “I never once asked myself why I moved here.” Her family – children, grandchildren, and great-grandchildren – all live within 3 miles of each other.

For the past 30 years, she has played bridge once a week with one group of women and once a month with another group. The outings provide an opportunity to socialize and stay sharp. Recently, she served as a flower girl in a friend’s wedding on the beach.

“As long as you’re able, you have to get out,” Lib says. “You have to reach out to people.” That is the mindset that contributed to the success she achieved in her career and throughout her life.

And it is that same mindset that has long fueled the spirit of Extension as well.