Our office will be closed Monday, July 4, 2022, in observance of Independence Day.

“Do what you love, and you’ll never work a day in your life.” For many, that may sound like a pipe dream, but for the guys at Outer Banks Distilling (Kill Devil Rum), they have found themselves in that enviable situation. “I can’t believe this is my job,” says Scott Smith, who along with Kelly Bray, Matt Newsome, and Adam Ball have turned their passion of making rum into a successful career.

In 2013, these four business partners wagered their experience in brewing and bartending at a local brewery/restaurant and dove headfirst into establishing the first (legal) distillery on the Outer Banks. Why rum? “Because of how the history of rum is tied to the Outer Banks,” says Smith. Indeed, it is quite the colorful backstory. The treacherous waters and coastline of the area have contributed to thousands of shipwrecks resulting in barrels of rum from the wreckage floating ashore, promptly plundered by wily onlookers. According to legend, the first rum was called “Kill Devil” as it was deemed strong enough to “kill the devil.” That, of course, led to choosing Kill Devil Rum as their moniker. In addition to its rich history, Smith says, “Rum was chosen because of its versatility – its aptitude to lend itself to various flavor profiles. And we wanted to focus on one spirit and make it the best it could possibly be.”

Their background in brewing beer provided them with knowledge of the fermentation process, but there was much to be learned about the science of distillation. So, in between renovating and outfitting a 1946 building in Manteo, they completed courses in the art of distillation and honed their skills. Nearly two years later, with renovations complete (including a bar crafted from recycled cypress beams), and gleaming copper Arnold Holstein stills at the ready, they were eager to get down to the business of making rum.

The rule of thumb for rum states it must be made with sugarcane or a sugarcane byproduct. Outer Banks Distilling begins with molasses (processed from sugarcane juice) which explains their catchy tagline: “From Molasses to Glasses.” They purchase the molasses in massive quantities from Port Allen, Louisiana, barreling through a whopping five to six 3,100 lb. containers a month.

Molasses, hot water, and yeast kick off the fermentation process. Cue memories of Chemistry 101. The yeast feeds on the sugar producing ethanol and carbon dioxide gas. Air bubbles form on the surface and alcohol builds inside the tank. This mixture, called a “wash”, continues to ferment for a week, then is transferred to a still where the distillation process of separating alcohol from the wash begins.

“We do four still runs per day and each run is four hours,” Smith says. “This process takes place seven days a week.” After a whole day of distillation, everything goes to rest in storage tanks for a month, and then it’s onto blending. All told, it’s about a month-long process to develop their white (or Silver) rum. Unaged, it is rum in its purest form and the key ingredient in cocktails embellished with fanciful umbrellas: mojitos and daiquiris and pina coladas.

Gold rum ages for a minimum year and a half in used white oak bourbon barrels. The barrels expand and contract with the liquid and impart the flavors of the wood and apparently also the climate as customers claim they taste a hint of salt air in the rum.

Pecan trees on the site of their building led to the idea for a pecan and honey-infused rum. These days, they source their pecans from a 90-year-old pecan orchard just across the Croatan Sound in Manns Harbor. And the honey is provided from a beekeeper down the road in Wanchese who keeps hives there and at Lake Mattamuskeet. Jars of the honey are available for purchase in their shop as well. And in one of the finest (and tastiest) examples of repurposing, they gather the pecans which have soaked in rum for 10 days, toss with brown sugar and spices, and bake them for a delightful treat. Snag a bag from their shop and remember to snack responsibly!

The Kill Devil Rum Shipwreck Series provides an opportunity for experimentation. Each series highlights a specific local shipwreck. A tag on the bottle relates the harrowing tale of the shipwreck and describes what makes the rum unique. Utilizing different types of sugar – turbinado, demerara, vanilla – and sourcing barrels from around the world – tequila, apple brandy, port wine, madeira – results in one-of-a-kind flavors. Announcement of this limited release is greeted with much fanfare and long lines of customers, and the series sells out within hours.

Outer Banks Distilling produces 6,000, 9-liter cases of rum per year (12 bottles per case). The cost of raw ingredients; bottles; labor; shipping; state, federal, and excise tax; and distribution fees are taken into consideration when pricing their product. Smith says they strive to keep the price of their rum within five dollars of their major brand competitor, making it affordable for the average customer. They also aim for an acceptable price point for the nearly 300 restauranteurs who carry their rum, allowing for reasonably priced cocktails.

Fans can connect with them on Facebook and Instagram. Their business has been featured in various publications, and they have displays at ABC stores in North Carolina, Virginia, New York, Florida, and Washington, DC. Their tastings and distillery tours are popular attractions, especially in the summer, and their rum is available for purchase on site. “We are grateful for the support and following that we have,” says Smith. They sell all the rum they produce and are mulling over plans for expansion.

As with any successful business, it’s a group effort. “We all wear a lot of hats,” says Smith, “and everyone has things that they’re better at. We all support each other.”

In constant pursuit of perfecting their product, Smith claims, “Our best rum has yet to be made.” They’re working on it. Although to them, it doesn’t seem like work at all. 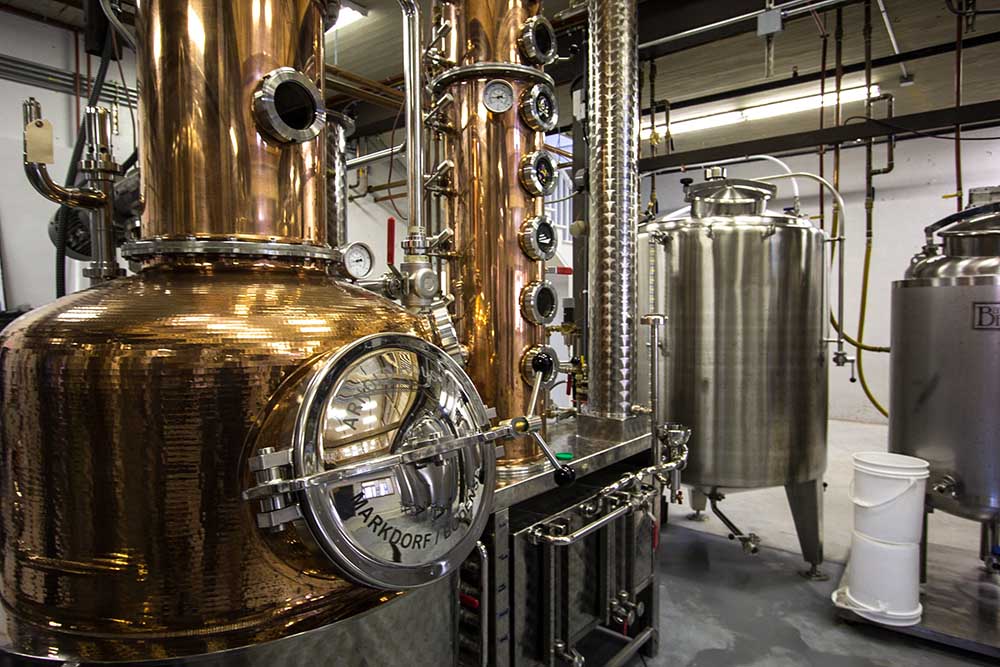 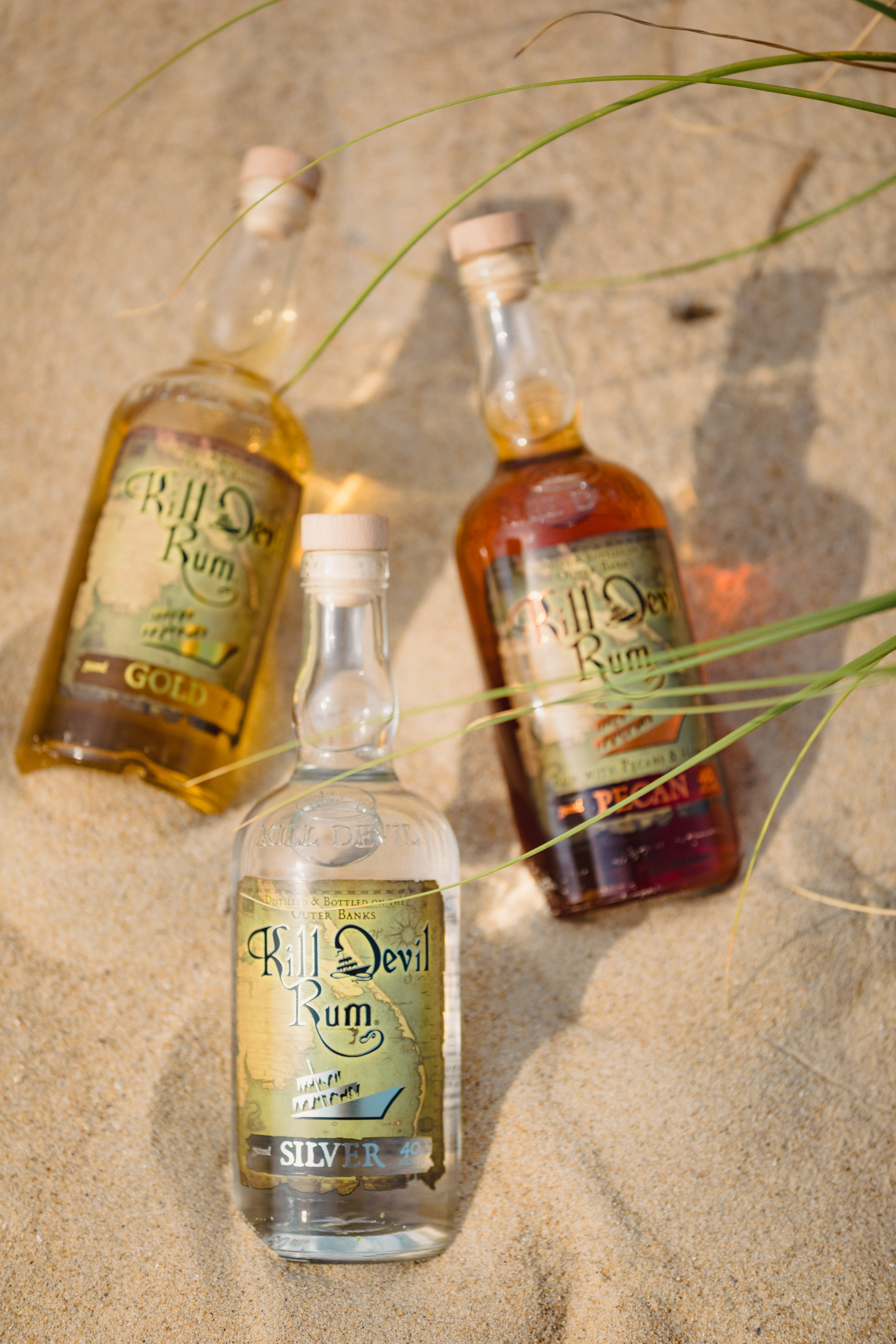 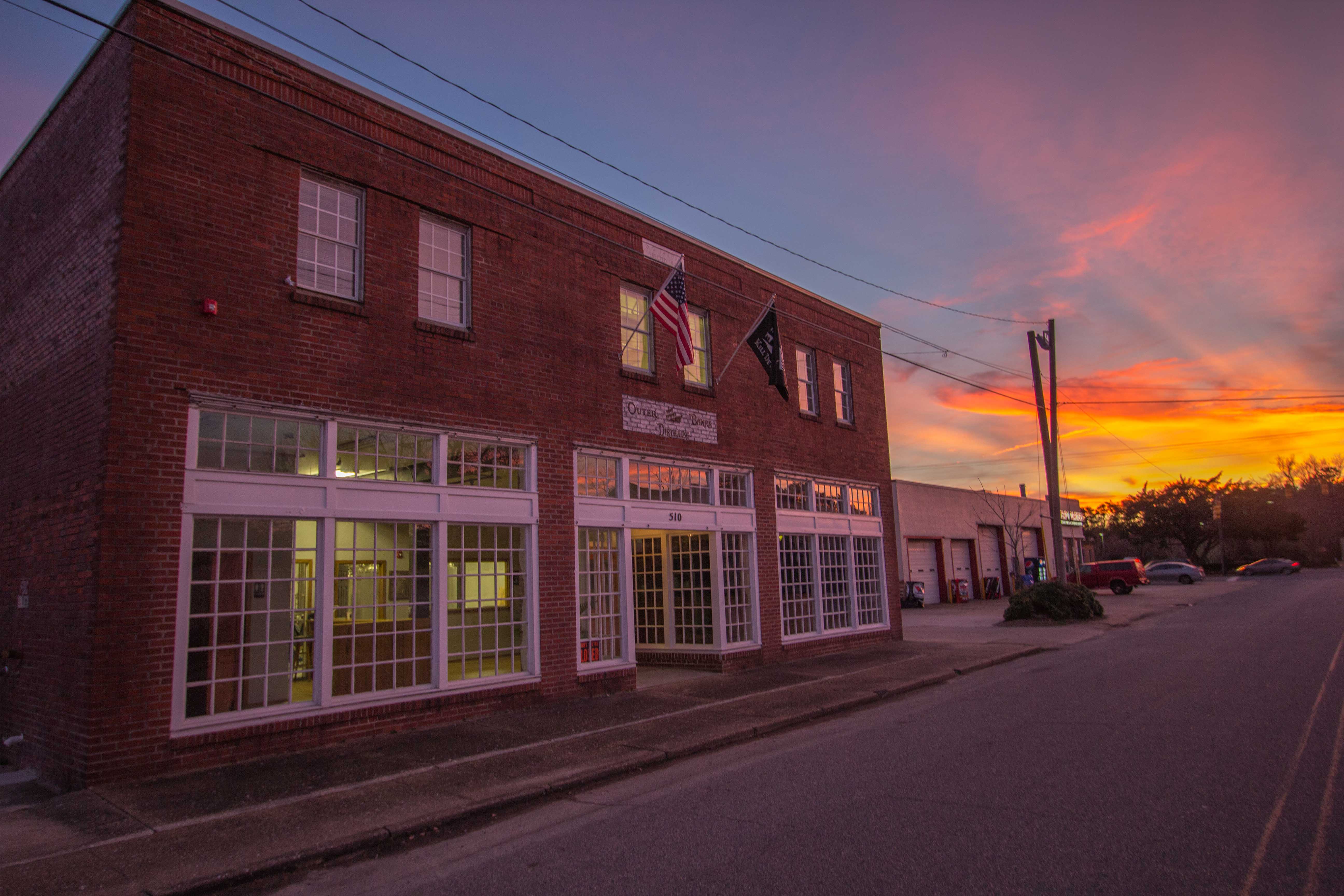